Despite regulatory chasms, the promise of a more transparent system is alluring

During my two months in Colombia, it was clear that there are people who are aware of and using cryptocurrencies for a variety of purposes. Much of this activity, however, occurs in the informal economy. This is partly because some laws and regulations are applied inconsistently, which restricts the activities of companies like exchanges. Start-up activity is limited by access to investment capital and language continues to pose an obstacle to the involvement of more technical talent in this space. This just means that one has to look harder to find the unmistakable signs of pent-up demand for cryptocurrencies here.

Alejandro Cortes, who is has set-up a Blockchain Observatory in Bogota, spent a great deal of time with me over the month. Explaining why things are the way they are here he explained, “It is really hard to raise investment here for businesses. There’s no venture capital and banks aren’t interested”. This difficulty can be traced to tight restrictions over who can raise investment in Colombia. “New regulation was enacted more than 10 years ago in response to a series of high-profile and extensive ponzi schemes. This makes it hard for anyone to take anyone else’s money in Colombia without approvals, licenses, etc.” The laws require anyone wishing to raise investment to first gain approval from the Superintendent of Finance. In practice, this rarely happens. These rules extend to new means of raising capital such as crowd-funding or Initial Coin Offerings (ICOs), which did not exist at the time that the laws were put in place. This lack of investment capital partly explains why there is little start-up activity in Colombia and also why few cryptocurrency companies have emerged.

A good example of this is Alejandro Fernández. He was one of the first individuals to encourage local businesses to accept Bitcoin, including one well known coffee/bar “El café de la Luna Lela”. He’s had a lot of difficulty starting a kind of cryptocurrency/token-based sport data aggregator, called Token Sport, due to access to finance. “I wanted to build this a few years ago but I had no money… there’s lots of activity [here] but no investment”. He thinks this is a situation that spans across much of Latin America, which has limited the potential that could have been reached from cryptocurrency technology. This message was echoed by Camilo Molano Herrera who is affiliated with Hyperledger in Bogota. “Here investors say I’ll give you USD 100,000 but you’ve got to give me USD 200,000 back. You end up with pressure for immediate results.” As a result, most cryptocurrency or blockchain activity here is seen in pilot projects rather than start-up companies. “This is a country where the whole [investment] model is still very hierarchical,” Camilo added. 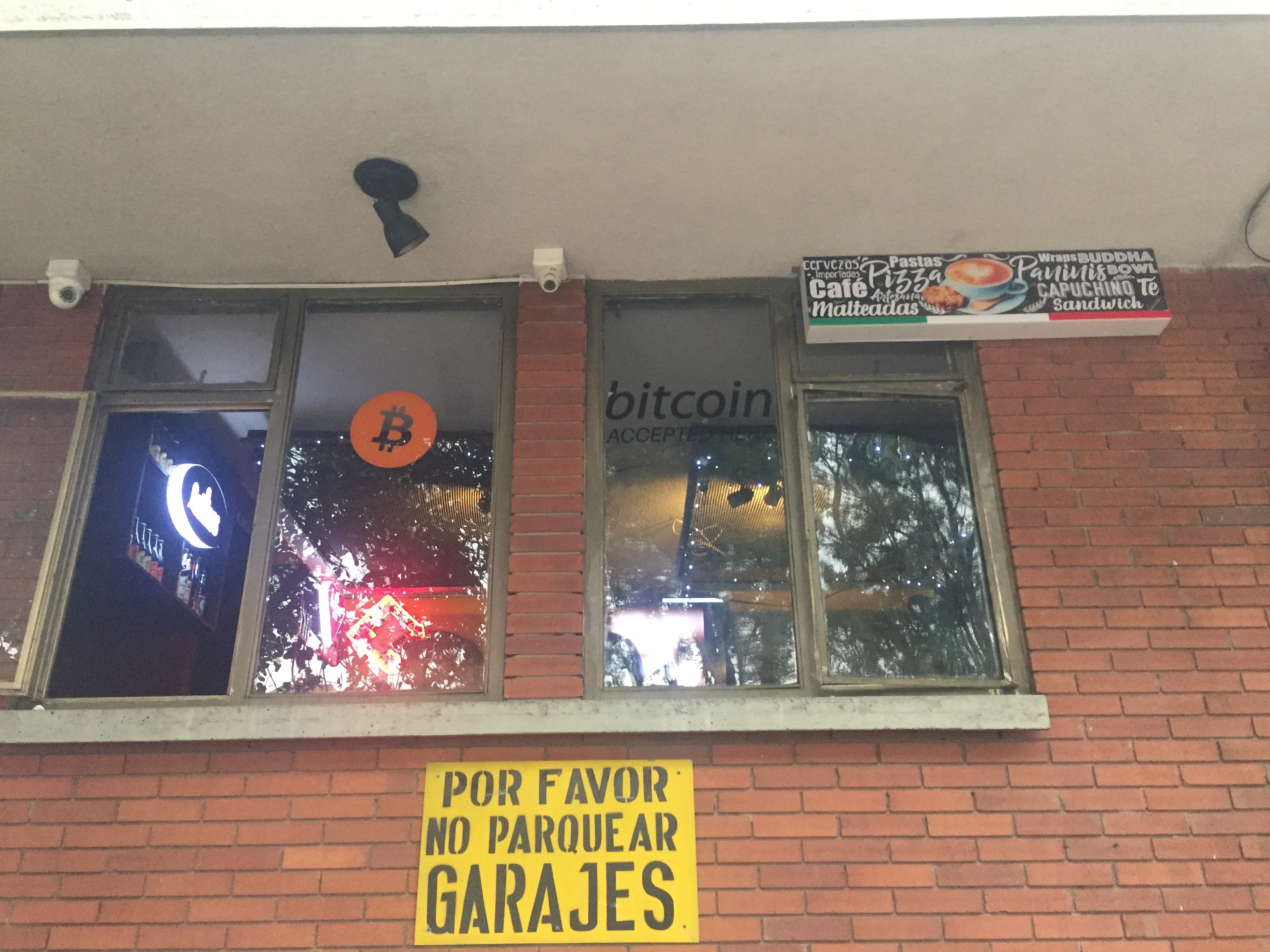 There are also few technical people available to do the heavy-lifting when it comes to developing and/or implementing this technology. Several people told me that there’s excellent programming talent in Colombia. The challenge, as both Alejandro C. and Camilo explained, is that, “the majority don’t speak English”. This points at an interesting contradiction. “The most interesting part of the [Bitcoin] project [is that] you can participate in the network but you can also contribute to the open source project”, Camilo explained. “We can access the same technology here that they have in Silicon Valley… the technology gap doesn’t exist. What limits us is adoption, precisely because we lack documentation in Spanish.”

One exception to this rule is Carolina Velazquez. Largely self-taught in blockchain development via Youtube explainers and other online sources, she transitioned from web development a few years ago after becoming curious about the potential uses of Bitcoin and then Ethereum. Currently working with Blockchain Academy Colombia, she explains that most interest is coming from employees of the large local and multinational corporations that dominate economic life in Colombia. “There’s very little knowledge but there’s a lot of interest here… now these people are asking about what the possible use cases are.” The early feedback from the market is that a blockchain’s transparency and immutability are the main selling points. “Use cases in Colombia are thought to lie in document management e.g. contracts (particularly public), diplomas, etc. … mostly ways to reduce fraud.” Camilo would concur by adding, “Our cultural model makes any offer of security, transparency and traceability marvelous.”

Take for example rules around fiat-to-crypto exchange. The relevant laws and regulations are applied differently to exchange service providers as compared to cryptocurrency ATMs operators. Angel Di Matteo, a writer at DiarioBitcoin, pointed this out and explained the contradiction to me. “Why can the operators of ATMs exchange fiat money for cryptocurrencies but the cryptocurrency exchanges cannot? I don’t know – nobody speaks openly about it but I think that it’s due to double interpretation of the law for different cases.” One of the biggest exchanges in Latin America, Buda, which is based in Chile but operated until recently in Colombia, found this out the hard way when their Colombian bank accounts were closed one day. The outcome, “You can’t go to a [centralized] exchange but you can go to platforms like LocalBitcoins or LocalEthereum”, Angel explained. 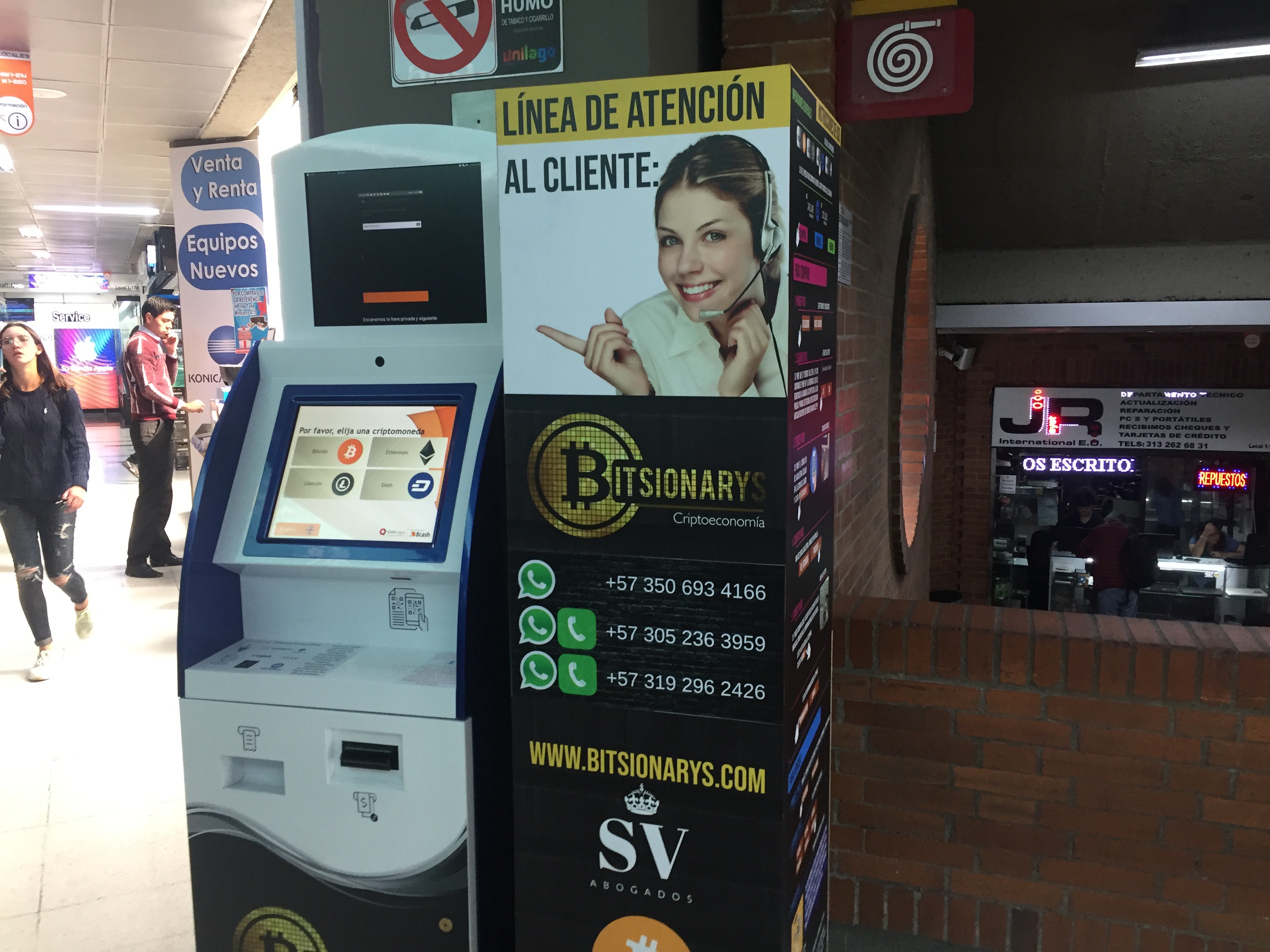 Some of the signs of this informal economic activity can be seen in the course of interactions throughout daily life. One example: At least three of my Uber drivers knew not only what cryptocurrencies were but also had friends or relatives who actively traded or exchanged them. One explained that, “There’s some stores here – mostly small fast food places – you can see the little ‘Bitcoin accepted here’ signs out front.” Some asked me if cryptocurrencies are ‘legal’, to which I explained the legal grey area in which they exist. The irony of the interactions was that Uber is explicitly banned in Colombia. Yet this does not stop people continuing to find ways to use the technology available to make a living. The reaction to their earnings from driving a car are similar to those that one might expect to them to say about cryptocurrencies. “[But] who cares? If it were legal then I would pay taxes on it. As it is illegal, I cannot declare the money I make so they cannot tax it.”

Greater formalization of the rules that affect cryptocurrencies, and more consistent application of them, might improve matters. To date though, there seems to be limited awareness amongst government officials as to the scale of the activity that is occurring in their country. For after all this part of the world is home to one of the most interesting experiments in decentralized cryptocurrency activity. The other way in which one sees cryptocurrencies’ informal use has already been alluded to – and is due to the two million Venezuelan migrants who now live in Colombia. When talking about cryptocurrencies in Colombia, one cannot avoid the situation next door. This is an entire story in of itself, which will be explored in-depth in the next installment of this series.