The cryptocurrency community in Chiang Mai is transitioning from an organic, spontaneous grouping of digital nomads to one that is more institutionalized and formalized. Though the market prices of cryptocurrencies continued their downward trajectory during my time in Thailand, the local community keeps meeting, thinking and discussing how to build on-top of the existing and soon-to-arrive technology. At the same time, Thailand’s government is also thinking about how to ride the opportunities this technology creates. A concerted – but not always effective – effort is underway to adjust legal and regulatory frameworks so as to attract ICOs and start-ups away from nearby regional hubs like Singapore or Hong Kong.

A thriving, organic community of expatriates

The bulk of my month in Thailand was spent in the northern city Chiang Mai. Every week there, roughly thirty people gather to talk cryptocurrencies. Stefan King is the current organizer of these events. Each week he takes newcomers aside to bring them up to speed on cryptocurrency 101. “What the internet did for information, crypto is doing for money”, newcomers are told. The ensuring presentation involves a sweeping history of the origins and development of computing and cryptography, an explanation of what money is and how it works, and a summary of over a century of Austrian vs Keynesian economic debate. Post-presentation, new attendees ask questions usually related to problems they’ve read about in the press like high transaction fees or falling market prices. The more seasoned attendees reply that transaction fees have fallen for Bitcoin and, after already weathering several market cycles before, wonder aloud whether, “the price even really matters?” 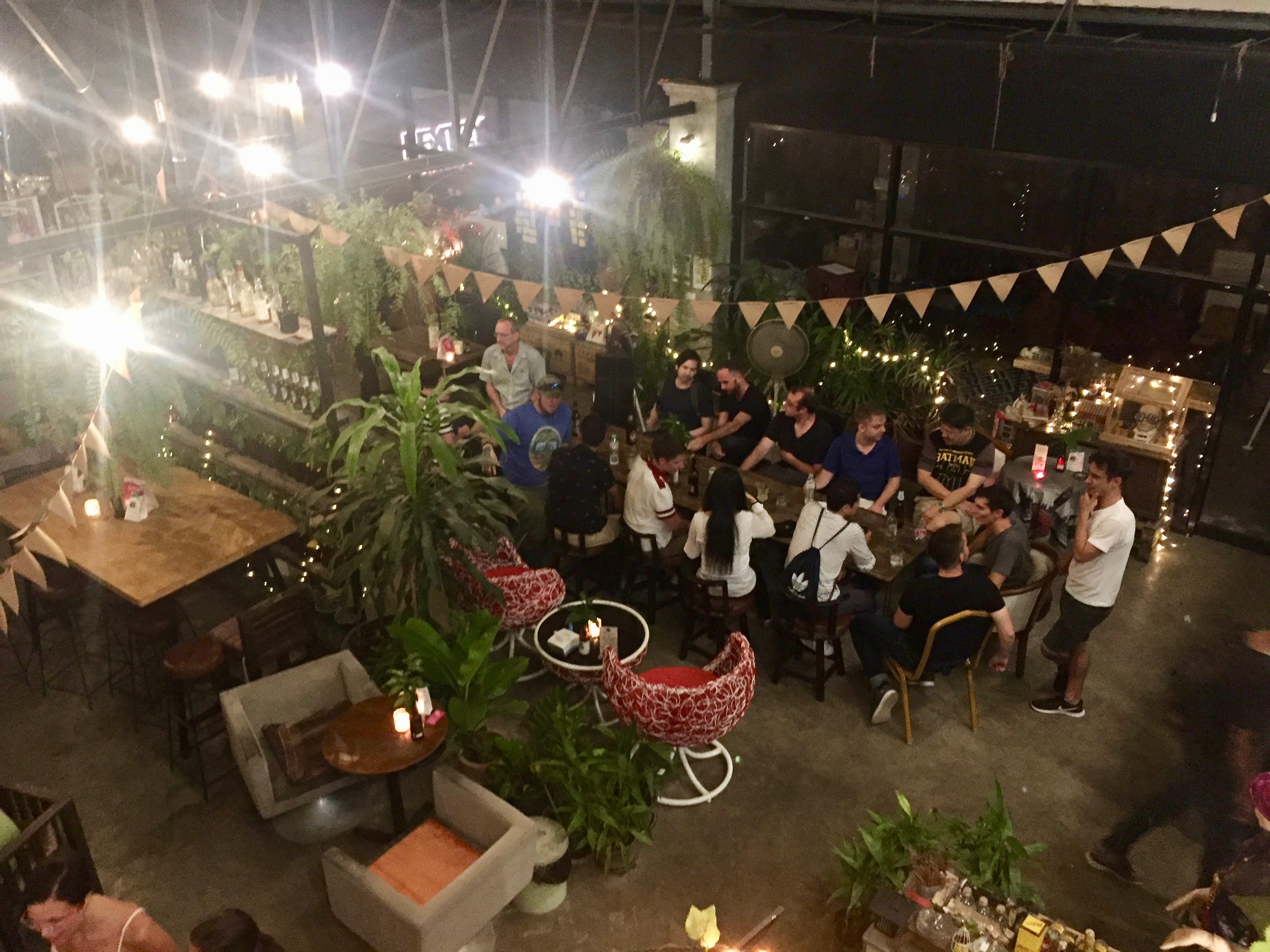 Most of the cryptocurrency community are in Chiang Mai are foreigners partly because this city attracts a revolving community of digital nomads. Drawn here by the relative safety, low cost of living and convenience – where digital nomads go, so too do cryptocurrency enthusiasts. One such émigré, Damian, is prominent member of the Chiang Mai developer community. He is also a Bitcoin Maximalist. He perceives this technology to be significant, “because it is about separating money from the state as the church was separated from the state.”

Perspectives like this are often informed by experience. One noteworthy experience for Damian was in India during 2016’s de-monetization. Overnight the central government decided that 500 and 1000 rupee notes above were no longer valid. At the time, Indian friends of mine spoke of entire life savings being destroyed. As a foreigner in India, he found himself unable to exchange some of his cash through official banks, which meant he had to rely upon neighbors to deposit then withdraw the money in small amounts through house staff.

Having seen situations like this, and being an active contributor to the Bitcoin developer community, makes Damian extremely bullish about Bitcoin’s future. “People used to talk about the need for privacy and fungibility with Bitcoin… these things are coming”. A couple of times throughout the month Damian remarked to me that, “In this space nothing dies.” So long as the developer community, who we have encountered in various places during this series, keeps contributing this will likely remain true.

A mixed picture of regulatory changes and blockchain experimentation

The absence of Thai people at the many get-togethers was conspicuous when compared to other cities visited  during this series. Nicole Nguyen at Infinity Blockchain Ventures, who recently moved from Ho Chi Minh City to Bangkok, explained to me that, compared with Vietnam, the issue holding Thailand back is a shallow technical talent pool and, “a need to develop community”.

Another issue has to do with vague and constantly-shifting laws and regulations. “The Thai government realises that they’re competing with other governments [in the region]”, Nicole explained. Yet changes to securities laws related to cryptocurrencies and tokens in May 2017 lacked detail and completeness, particularly with regard to who was required to undergo what compliance process with the Thai Security Exchange Commission. Faced with this shifting regulatory and legal terrain, Nicole told me companies continue to choose to, “do their accounting, legal and marketing in Singapore.” The situation might improve in 2019 though. New regulations are slated which are likely to reflect the, “approach developed and adopted in other countries in the region”, with plans, “to regulate ICOs all the way through the process”.

While the policymakers work on their tax and security frameworks, in a sign that the blockchain space is expanding and gaining broader acceptance, the main opposition political party, the Thai Democrat Party, held its primary using privacy-oriented Zcoin’s blockchain network.Zcoin’s Chief Operations Officer, Reuben Yap, explained to me that the party wished to be able to, “know that someone voted but not who they voted for”. He emphasized that, “we’re not saying blockchain is useful for all kinds of voting… [given] different types of elections have different threat profiles.” What made this use case potentially suitable was the relatively small scale of the party’s membership (approximately 120,000 people voted as part of the primary) coupled with the candidates’ concerns about vote tampering either by other candidates or the party itself. So far everything appears to have worked as planned though time will tell with novel use cases such as these.

Away from the capital, the cryptocurrency community in Chiang Mai continues to grow and mature. One afternoon I found myself walking amongst layers of ripped-up flooring, over a barren courtyard and through the remains of what used to be a bar and nightclub. I was visiting the site of what will become ‘Yellow’. Alexis Sirkia was my tour guide as he is the main person people behind this project. Originally from Andorra, Alexis co-founded GSR in 2013, which provides market making services for cryptocurrency exchanges. He has now turned his energy toward developing the local blockchain industry in Chiang Mai. 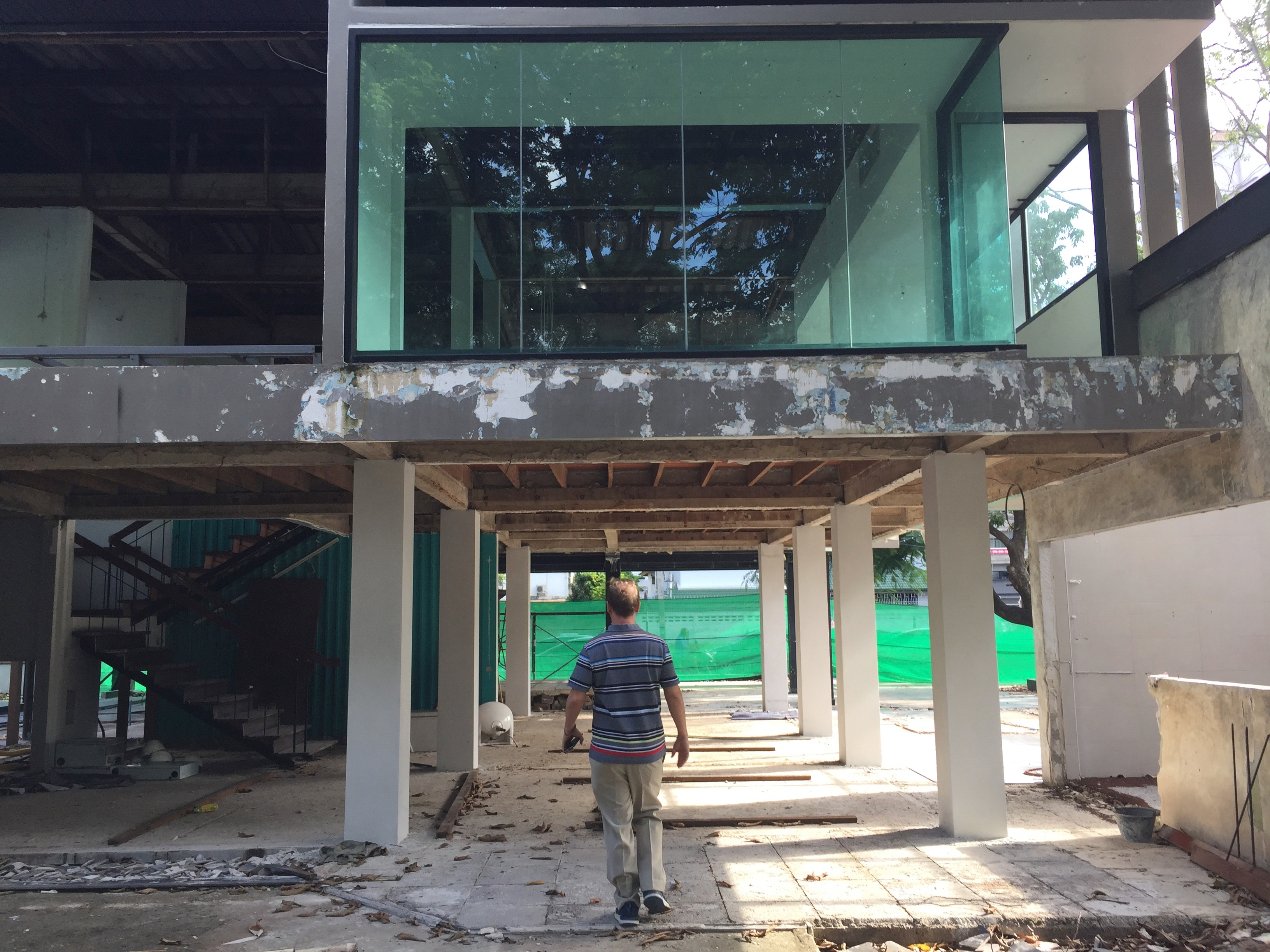 For Yellow, everything including the architecture embodies this ambition. “It looks like a block and everything is connected… blockchain”, he explained as we walked amongst the bare walls and exposed beams. The future work space will include, “offices for incubated companies… a common area to mingle, a YouTube studio… a slide [for quick access from the 2nd floor to the bathrooms on the 1st floor]”. Over the course of a long afternoon we chatted at length about where he sees the cryptocurrency and blockchain space going. “This is such a new field with new technology, [startup] companies need people who have already succeeded to help the younger people”. Likening blockchain to the combustion engine, he proposed that, “we’ve got the engine, now we need [to build] the car.” With a portfolio of start-up companies already receiving investment from Yellow Capital, and a new physical home for people in these companies to congregate, the elements required for an active start-up scene appear to be coming together in Chiang Mai.

My final evening in Thailand was spent in Bangkok attending a blockchain get-together. In a polished office tower amongst the city’s central business district, a series of company founders ran through their respective visions of how blockchain would change whatever industry they happened to operate in. Every one of the companies was based in Singapore – they were only visiting town to drum up some attention and perhaps investment.

Countries like Thailand find themselves blessed with an active community of internationally-mobile and skilled developers. These people migrate to parts of Thailand for the quality of life that they can access. Unfortunately, the local technical community remains small when compared to neighboring Vietnam, but those few people could stand to learn a lot from their foreign guests. Unfortunately, unclear and underdeveloped legal and regulatory frameworks curtail people’s ability to set-up and finance companies, which drives them to instead found, hire and grow in places like Singapore or Hong Kong.

The opportunities afforded by new technologies, like cryptocurrencies and blockchain, are still attainable in Thailand. New ICO regulations are on the horizon. If developed and delivered clearly, then coupled with the scale of the financial market in a city like Bangkok, there could be a great deal of opportunity here. Seeing the organic growth of the cryptocurrency community in places like Chiang Mai leaves me optimistic – though there is still much to be done.