An active diaspora and technical workforce constrained by policy vacuum

This is an installment of Coin Center’s multi-part travel series examining how cryptocurrency is used around the world.

Driven partially under the radar by restrictions on the use of cryptocurrency as a means of payment, the cryptocurrency community in Vietnam has nevertheless grown organically. Originally intending to spend much of my month living in Hanoi, the political capital in the north, it quickly became clear that much of the action is happening in Ho Chi Minh City, which is Vietnam’s commercial hub. During my visit down south I met many entrepreneurs who have slugged through red tape and restrictions to build their projects and companies. Though there is a deep and relatively cheap technical talent pool living in Vietnam, an underdeveloped legal and regulatory system, as well as limited availability of investment capital, has driven many to domicile their corporate entity or foundation abroad.

For the most part, Vietnam remains a cash-based society. There are few QR codes on street stands, card payments are limited to high-end restaurants or hotels and anything larger than a 200,000 Dong note (approximately USD 9) can be difficult to break. On the one hand, this lack of digital payment adoption suggests that cryptocurrencies will likewise face slow adoption. After seeing what has occurred in markets like South Africa though, where similar reservations existed not so long ago, an opportunity may exist to leapfrog legacy payment providers with the right combination of convenience and low-cost.

Standing in the way of more widespread adoption is a legal and regulatory vacuum (among other issues). The State Bank has placed Bitcoin on the same list as the US dollar, gold, and silver. The Vietnamese government requires that all transactions be settled in Vietnamese Dong. No gold, no silver, no Bitcoin. As a result, it is not legal to accept cryptocurrency for commercial transactions (e.g. in stores).

As a result – “You don’t see a lot of the scene here” – as Dominik Weil, the CEO of BitcoinVN, explained to me one afternoon. BitcoinVN operates a couple of Bitcoin ATMs around Ho Chi Minh City, operates Vietnam’s first cryptocurrency trading platform and provides remittance services. It is this last service that holds potential and partly explains why, in spite of the restrictions, a cryptocurrency community still exists in Vietnam. Around USD 10 billion in remittances are sent home by the Vietnamese diaspora. Capital controls and high fees weigh heavily on users of incumbent payment providers like Western Union. Faced with this burden, I was told that there is a burgeoning underground remittance market which is used to move money into and out of the country. 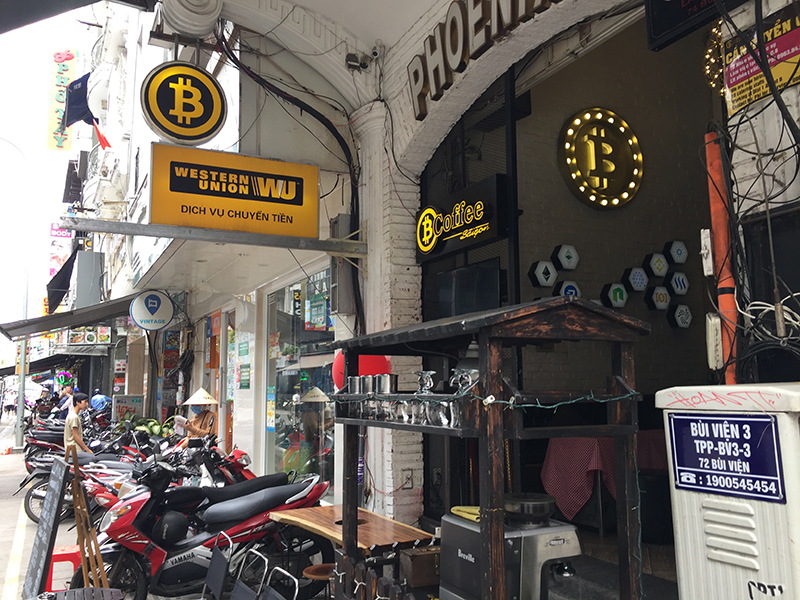 While restricted as a means of payment, in just about every other aspect cryptocurrencies remain largely unregulated in Vietnam. Indeed, the regulators here are relatively accessible. It is not unheard of for fintech startups in Vietnam to receive direct feedback and guidance on social media platforms such as Facebook – “In Vietnam, everything runs on Facebook”, Weil said. He knows this because, in a relatively highly publicized incident earlier this year, BitcoinVN’s domain was blocked by the Vietnamese Ministry of Information and Communications after having been designated as an unlicensed social network. “It was the comment button on our company blog”.

This might all change soon. The Ministry of Justice released a draft proposal for cryptocurrency regulation in September 2018 (after my departure from Vietnam). If supported, it would form the basis for a proposal to the National Assembly in early 2019. It is possible, Dominik told me, that a proposed draft might include some kind of licensing system for businesses involved in cryptocurrency, which he hoped would provide greater legal clarity for his company.

A global search for legal clarity and investment capital

In the meantime, the legal and regulatory ambiguity surrounding many aspects of cryptocurrencies and blockchain has led some entrepreneurs to establish or build their companies abroad.

A prominent Vietnamese cryptocurrency enthusiast is the CEO of Kyber Network, Loi Luu. A Hanoi native, he is now based in Singapore. When founding Kyber, which enables transactions between cryptocurrency platforms and ecosystem, he required investment capital. However, “lots of people might like to try and raise money in Vietnam but the regulations are not very clear… There aren’t many venture capitalists or funds that invest in crypto in Vietnam”. Kyber ended-up domiciled in Singapore in part because, “it’s clearer in a regulatory sense to set-up and raise funds [here]… it’s also easier for investors to take part”.

Another example is Miskre, which is a start-up whose operations are based in Vietnam though their corporate entity is domiciled in Singapore. Two members of the team, Darren Lopes and Duy Duong, explained that “we couldn’t do an ICO in Vietnam – it’s not legally permitted”. They chose Singapore because it offers a combination of legal, accounting and financial services. “In the US you wouldn’t get a legal opinion… in Singapore, we could. There’s clear guidance on what’s legal and compliant”.

Some Vietnamese companies are even going further than Singapore in their search for professionals with knowledge of how to start and grow legally compliant businesses in the cryptocurrency space. One such company is Axie Infinity, which develops a game that is somewhat of a mix between Tamagotchi and Pokémon using the ERC 271 non-fungible token standard. Trung Nguyen, the CEO of Axie, told me that they did not raise any money through venture capital or angel investments. Instead, their money came from a crowdfunding effort that involved pre-sales of the future digital pets. Sales of these collectible assets come with less regulatory red tape than issuing equity and associated securities.

Though Trung is Vietnamese and Axie’s operations are based in Vietnam, their corporate entity is domiciled in Estonia. “We’re running a traditional video game business but since cryptocurrencies aren’t formally recognized in Vietnam – there’s too much risk“. Trung had some legal and tax contacts in Estonia after having previously set-up companies there. “It was just easier there”. 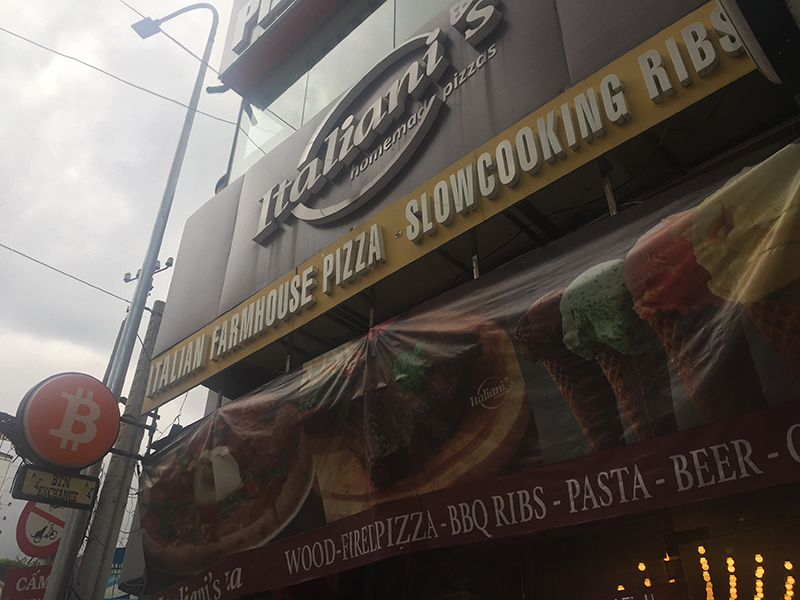 Efforts at home to inform policymakers and develop the community

After weeks spent searching Hanoi for people in the cryptocurrency community, the final week I managed to meet Long Vuong, who is the CEO of Tomochain. After studying in the US and then in Singapore, where he found himself as one of the original community members for the New Economic Movement (NEM) project, Long returned to his hometown of Hanoi in 2016. He decided to found Tomochain, which is a fork of the Ethereum blockchain that aims to increase the original network’s scalability.

Like many of his peers, and for similar reasons, Long decided to incorporate Tomochain in Singapore. “One thing about the crypto community is that it’s global – including its investors. Tomochain had to compete with other projects around the world for these investors”. Nevertheless, his technical team is based in Hanoi. “There’s a large technical community here. We’ve got around 20 universities with engineering graduates here while Ho Chi Minh City only has around four”.

Just prior to our meeting and chat in August, the Chinese government released a set of measures intended to reinforce their ban on cryptocurrency-related activities. Long hoped that the Vietnamese government might take their inspiration from other prominent countries in the region – like South Korea or Japan – though it remains to be seen exactly how the Vietnamese government intends to proceed. Nevertheless, Long remains optimistic about the future. “The longer crypto exists, the more chance people have to create new things… what happens now doesn’t happen again – everything we do is aggregative”. 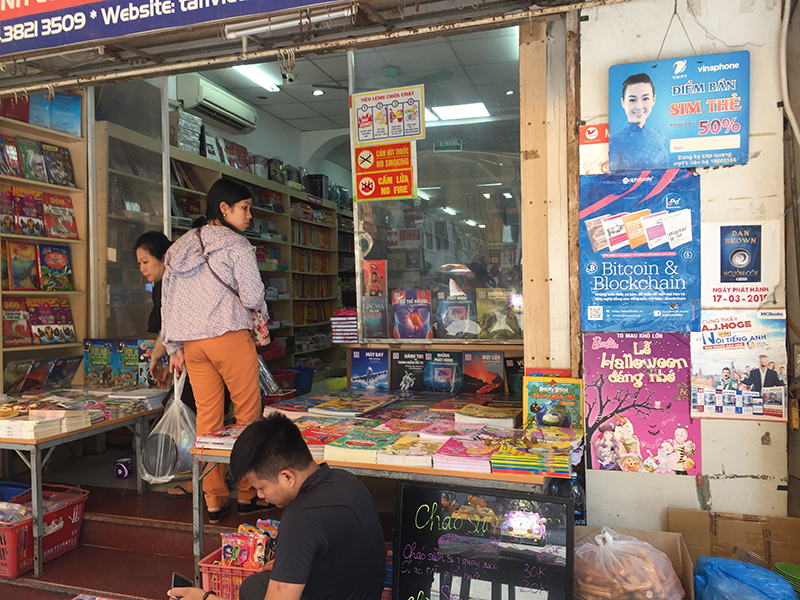 Harnessing the potential of a promising community

It is an important moment for the cryptocurrency industry in Vietnam. Having grown in a kind of semi-legal limbo, and lost homegrown entrepreneurial and technical talent to neighboring countries, the Vietnamese government is in the process of developing and implementing a new framework for cryptocurrencies.

At the same time, Trung, Loi and other prominent members of the Vietnamese cryptocurrency community are now spending time and effort building a more vibrant community in Hanoi. While I was in town the first Ethereum meet-up was held and it attracted over 150 developers from around the city.

The form that the framework takes, and success of efforts to build the community, will determine the opportunities available to an already very keen technical workforce to contribute to and help build the next wave of cryptocurrency/blockchain technology. If they can’t do it in Vietnam though, all indications from my month here suggest that they will move elsewhere to do so.