An overbroad classification of all cryptocurrency tokens as securities holds innovators back.

Strolling through the bookstore one day in the busy, up-market Pavilion mall in Kuala Lumpur – the best sellers stand caught my eye. Every single book in the top seller list was about one of two topics. This is because 2018 was a politically auspicious time to be in Malaysia. For the first – and only – time since gaining independence sixty years ago, the United Malays National Organisation (UMNO) lost the general elections of 2018. In the wake of the election, misdeeds of the past came to the surface. The most visible of these was the alleged theft of billions of dollars from the Malaysian sovereign wealth fund: 1Malaysia Development Berhad or ‘1MDB’.

This string of remarkable events has led some people who I met in KL to periodically employ the term ‘New Malaysia’ in conversation, which in some ways embodies the zeitgeist: a desire to break with the past. This mentality has implications which can be seen both in terms of people’s perceptions of the potential value of new technologies, like cryptocurrencies, and the government’s response to encourage the emergence of and minimize the negative effects of these new technologies.

The cryptocurrency scene arrived early in Malaysia. Around seven years ago Penang was one of the world’s largest makers of chips used for graphics cards. “A lot of mining sprung up around Borneo where power could be taken for cheap”, I was told by a member of the community. Signs of this early emergence are on display today. Some of the cryptocurrency community’s long-standing companies, like Etherscan, which provides a popular Ethereum blockchain explorer service, started and grew here in KL.

Over time this head-start has led to unique aggregations of knowledge. Another early company, CoinGecko, also started here. The two co-founders, Bobby Ong and TM Lee, sat down one day with me to geek out over metrics at lunch. Initially they, “wanted to better understand the fundamentals of each coin.” To do this they, “looked at metrics from projects’ Githubs to quantify the development of each project. Social networks also gave some additional metrics.” Their site now tracks thousands of coins, tokens and developer communities. After turning down an offer to take part in an accelerator in Silicon Valley (“A lot of the people who took the money subsequently ran out of it. They didn’t know what the timing would be for mainstream adoption so they refused the money”) opting instead for the low cost of living in KL which would permit them to, “keep going on a lean budget waiting for things to take off.”

In 2017 that moment arrived as coin prices skyrocketed. We discussed the different phases that have comprised the growth of the cryptocurrency industry and how market dynamics shifts. “If you set a metric people will try to game it… The ICO boom brought in a lot of hype – it resulted in manipulation of data to maximise the metrics… Even exchanges will try – especially when they’re ranked by volume.” We debated the merits of ‘market cap’ as a metric (“it doesn’t make sense to compare the market cap of Apple to Bitcoin – as we’ve seen done on mainstream media… Most follow the crowd – they only care about price.”). The silver lining of the downturn in 2018 was that there is now, “less incentive for these scammers and spammers… This is a major benefit of the downturn – those people have left.” 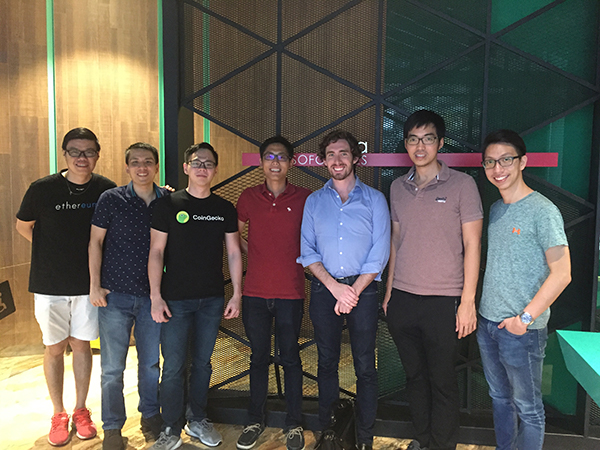 As neighboring Singapore has emerged as the cryptocurrency and blockchain hub of Asia, parts of the Malaysian government are ramping up efforts to attract these businesses. “Malaysia tends to do incentives (i.e. central planning) quite well, ”Aaron Ting from the Access Blockchain Association Malaysia told me. Grants, tax breaks, subsidies – all kinds of incentives are potentially on the table. Cryptocurrency companies have now been classified under the “emerging tech sector” designation, which was key to unlocking more government incentives. A past technology-related example of such an effort lies just outside KL: Cyber Jaya. This special economic zone for information technology was home to companies like Etherscan as they were founded and grew. As I departed Malaysia, a new cryptocurrency hub was announced in Iskandar, which lies on the Malay coast facing Singapore. “Part of the pitch is for companies domiciled in Singapore to locate some of their operations in Malaysia to take advantage of easier work permits, lower wages, etc.” Bit-by-bit Malaysia is trying to catch-up.

In 2015 the Malaysian government made a major push to encourage peer-to-peer lending and equity crowdfunding. The first country in the region to license these activities, they were seen to be a way to encourage small business creation and financial inclusion. A similar moment is presently thought to be at hand with cryptocurrencies, tokens and blockchains. However, for a number of years the push has been stalled by a game of policy ping-pong between the Central Bank and the Securities Commission. At stake is determining who would have responsibility for developing a legal and regulatory framework for cryptocurrencies and tokens.

With a new administration, this game is now at an end. Malaysia has had consistent issues with ponzi schemes purporting to provide investors with cryptocurrencies, as many people explained to me throughout the month, and the government now wishes to clean things up. The new Minister of Finance has delivered clear instructions to parts of the bureaucracy to prioritize the development of a policy framework. At a major conference convened at the Securities Commission, at which I was present, he emphasized the need, “to make sure that investors know what they’re getting into and that there’s no untoward elements present.”

In late 2018 the Securities Commission and Central Bank convened a joint body to develop and deliver new ICO/digital currency regulations. With a joint statement delivered in December 2019, and new rules released in January 2019, there is now more clarity around who is responsible for what and which rules apply to what kinds of cryptocurrencies, tokens or assets. The only issue is with the new definition of a ‘security’, which is so broad that countless different digitally distributed assets have been caught in the net. This meant, “that overnight, every crypto-asset in existence (from native currencies such as Bitcoin and Ripple) and every centrally issued token (from crypto-kitties on Ethereum to loyalty points issued by IBM) were (if used like securities) now classified as traditional securities and in-turn regulated by existing laws and policies.” [source] Ironing out the kinks introduced by this change, including regulatory approval for all the companies involved, will take time. However, they represent a major step in the process of formalizing the cryptocurrency industry here.

Walking around the Securities Commision fintech conference, a cartoon beaver adorned a poster with the term ‘blockchain’. Approaching the booth, I had the chance to chat with the team behind the anomalous Project Castor. It turns out, over the last two years, that the Securities Commission Malaysia has been exploring the potential for the creation of a secondary market for trading of equity crowdfunding shares using blockchain technology. Mark Smalley is one member of the Neuroware team behind the effort. “While there’s now there’s 7 licensed [crowdfunding] platforms and 200mn ringgit raised… The issue is that investors don’t have a secondary market on which they could trade their shares. It is either IPO or bust.” Instead of creating individual exchange infrastructure for each platform, the proposition is to create an interoperable, decentralized market architecture using a series of smart contracts on Ethereum.

So far the biggest obstacle to operationalization of the concept has not been technical but legal. “By law traders have to go through trustees. Most of the current trustees are banks and are not playing ball though”. As stakeholders are engaged and hopefully brought into the fold, obstacles such as these may fall away. In any case, the Securities Commission has allowed the source code for the proof of concept to be eventually be posted open source and online, which means in principle the concept could be adopted elsewhere if the desire existed. 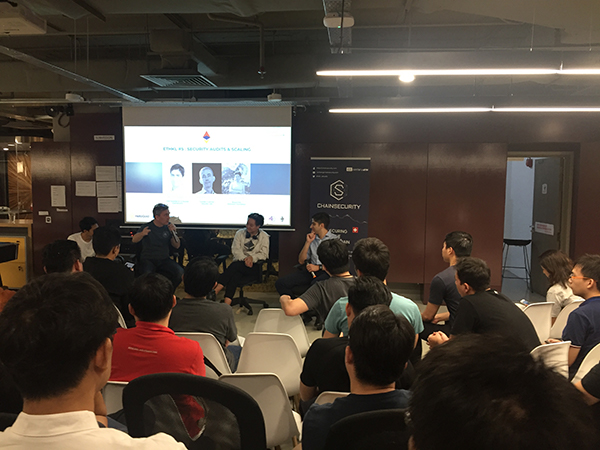 A strong head-start and proximity to the region’s center of gravity, Singapore, lead one to conclude that the overall outlook is positive for Kuala Lumpur and Malaysia more generally – our last stop on the Asia leg of this series. In cryptocurrencies the new government eyes an opportunity to repeat the success of previous reforms aimed at fostering greater financial inclusion and job creation. The past year alone has seen the implementation of a slew of recent policy initiatives including a new securities framework, targeted financial and tax incentives for technology companies and pilot projects supported by government agencies. The challenge they face is one that has been seen in many other countries – avoiding fraud and ponzi schemes that take advantage of many people in the population with low financial literacy. The ability to successfully strike this balance will be a major determinant of whether the dreams of a ‘New Malaysia’ comes to pass or not.