As recently as August 2018 some referred to Japan as the “the world’s blockchain epicenter”. Tokyo is indisputably the center of gravity for the cryptocurrency community in Japan. Rather than rehash the experience of a city that has been chronicled extensively – I instead spent the month further south in Kyoto and, at times, Osaka. There I found, in amongst temples and idyllic scenery, in the solid bear market territory of October 2018, the signs of a recently cooled cryptocurrency scene.

For a long time the Japanese government’s approach to Bitcoin and other cryptocurrencies was relatively permissive. A legal and regulatory overhaul occurred in the years following the 2014 Mt. Gox hack, from which the equivalent of US$460 million in Bitcoin was stolen. Some of the changes demonstrated clear intent to facilitate the growing cryptocurrency market. For instance, the amendments to the Payment Services Act that took effect in April 2017 established virtual currency, such as Bitcoin, as a legal form of payment. Other changes were intended to provide greater security and certainty around the financial viability of exchanges so as to better protect consumers. Examples included requirements for exchanges to register with and receive operational approval from the Financial Services Authority, KYC/AML and record keeping requirements, as well as a push for stronger security and consumer protection measures.

All seemed to be going well until, in January 2018, yet another exchange – Coincheck – was hacked. The immediate effect was the loss of the equivalent US$400 million at the time in NEM being stolen. “Now the pendulum has swung the other way… an over-reaction”, as one person described the regulatory approach in the wake of the incident. This set the backdrop for what was happening in the cryptocurrency community, and wider industry, during my stay in Japan.

“A lot of people in Japan now think Bitcoin or blockchains are scams”, Kazunori ‘Kaz’ Takagi informed me on the phone. With a thirty-year background in IT, he now helps match investor syndicates and companies from the US and Japan as they navigate the opaque ICO market and differences in the way of doing business and culture. Requiring extensive due diligence – “I had to cut-down on my sleeping time to keep up with what’s happening.” – he concludes, “it’s a shame but 95% of the projects are scams… this will delay mainstream adoption.”

This stands in stark contrast to the situation as recently as 2017 when, “Japan was the number one country with regard to regulatory policy”. Indeed, Japan was the first country to issue licenses to exchanges to operate with cryptocurrencies. “Then the bad companies came.” By December 2018, “the government decided to implement a very high tax on cryptocurrency trading… that changed the whole landscape in Japan.” Between 15-55% ‘miscellaneous income’ tax can now be levied on the profits from the cryptocurrency trades of some people.

An additional wrinkle is that mainnet testing performed by developers at exchanges, which is commonly done to test things like compatibility, is also considered trading. This requires recording/logging of transactions so as to pay the correct taxes, which is an obstacle that competitors abroad do not face. The consequence is that, “a lot of good projects with genius engineers would like to work here but they can’t operate fast enough”.

Then the Coincheck incident occurred. Shortly afterward, the regulatory crackdown on exchanges had a visible, detrimental effect on initial coin offerings (ICOs) in Japan. Approvals for new exchanges – or for existing small exchanges – virtually ceased. While the first few exchanges received approval relatively quickly (i.e. within around six months), subsequent applications have taken one or two years. With seventeen government-approved crypto exchanges as of January 2019, reportedly only two to three exchanges are presently under consideration for approval, which is substantially lower than the 100+ that have filed for approval.

With few new exchanges being approved domestically, and unclear rules around what obligations rest on those who raise ICOs, it has become difficult for those who wish to or have raised funds through an ICO to list their tokens for trading on secondary markets. According to CoinGecko, a total of 14 ICOs were raised in Japan during 2018 – compared to 228 in Singapore or 35 in Malta. There has been a gradual exodus from Japan of traders, developers, exchanges. “Most of them went to Singapore, Estonia, Dubai, Switzerland or Malta”, Kaz told me. “A good example is Binance, which was meant to use Japan as a major hub… after a series of alarming letters from the Financial Services Authority… Binance decided to leave Japan and make arrangements with the government of Malta to move some operations there. What’s the outcome? Japan loses the tax revenue that they would have generated with Binance. Instead, Malta has some of the world’s most up-to-date legal and regulatory framework for cryptocurrencies and blockchain.” 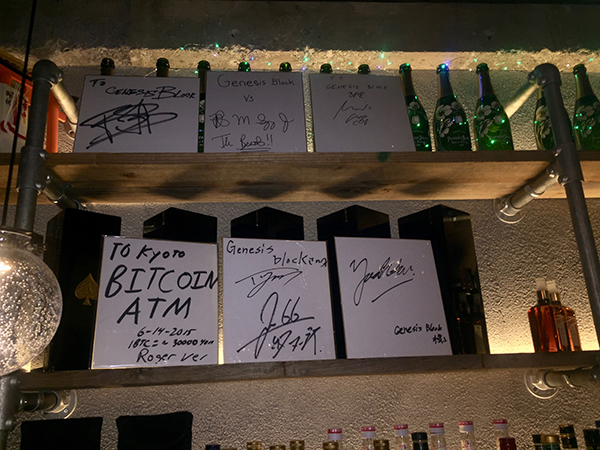 In spite of the regulatory crackdown on cryptocurrencies, “a lot more discussions are happening with larger enterprises about how to use blockchain in areas like internet of things, gaming, peer-to-peer electricity trading and supply chain monitoring. Interest is coming from some surprising corners – Fortune 500 companies including traditional Japanese enterprises, retailers, beer brewers, etc.”, Sami Mian informed me. He is the Japan and Korea head for Hedera Hashgraph, a permission-less public distributed ledger technology which has a split governance model: open consensus, where anybody can be a node, coupled with permissioned governance (i.e. a governing council consisting of global blue-chip companies).

One of Sami’s tasks is to attract members of the Japanese and Korean business communities to the governing council. “The Japanese and Korean development communities are very different to those in Silicon Valley… also the way in which the communities are built.” In particular, communicating what the technology does and does not do can be a challenge. “Given that in Japan business is done in Japanese, a big problem is that a lot of misinformation has spread because key concepts from English translation are literally lost in translation.”

As the hype around cryptocurrencies and tokens has died down, he feels that previously tech-heavy community has started to attract more design, communications, finance and business development people. This is in turn changing the perceived necessity of some of the core tenets of the cryptocurrency community – like decentralized governance. “More and more projects will have to be flexible. We need to work with large enterprises, regulators, the public and other stakeholders… this is the way to gain social acceptance.”

A lot has changed since the genesis block

On one of the side alleys lying just off one of the main shopping roads in Kyoto, one finds the Genesis Block bar. On a placard out front is inscribed:

“A genesis block is the first block of a blockchain. Modern versions of Bitcoin assign it block number 0 though older version gave it number 1. The genesis block is almost always hardcoded into the software. It is a special case in that it does not reference a previous block, and for Bitcoin and almost all of its derivatives, it produces an unspendable [sic] subsidy”. 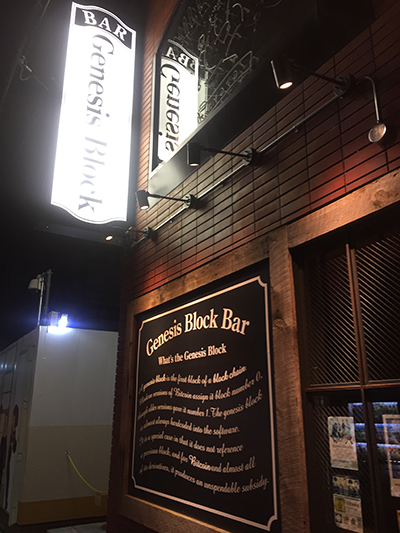 Sitting at the bar one evening at around 6pm, with signed canvases from prominent people in the Japanese cryptocurrency community looking down, it struck me how silent it was. The Bitcoin ATM nestled at the back was turned-off – my friend and I were the only ones there – our drinks paid in Yen. While the cryptocurrency community continues to meet and build in Tokyo, the initial wave of excitement that swept over people in places like Kyoto has receded.

One of the pioneering countries in the development, commercialization and eventually regulation of cryptocurrencies now seems to have pulled back. There are good reasons why this is occurring in: consumer wariness coupled with government efforts at consumer protection. Yet the people building this technology aren’t resting – they are relocating. Other countries in the region – and globally – are now looking to and seemingly succeeding at taking Japan’s mantle in this space. Having served as the testbed for many of the developments in cryptocurrency and tokens over the past decade, now the focus has to shift to the difficult task of reconciling so many competing interests in a space where the tide can come in and go out again all within a year.