A tiny community of technologists sees hope in decentralized networks

The first stop in Latin American leg for this series stood in stark contrast to the previous leg in parts of Southeast Asia. The city of Lima, the capital of Peru, lies on the coast but is also in a desert. In some ways the terrain symbolized my experience with the cryptocurrency space here. On the surface there seemed to be little activity. However – if one paid close attention – signs could be seen of a unique mix of private citizens and people in government agencies attempting to shore-up a nascent industry.

“Today Peru is known as the country of good food, having won many awards and having done so because of its talent and potential… [yet] Peru isn’t well known in the technology world.” Walter Sovia A. lamented the state of the cryptocurrency scene to me one afternoon early during my stay in Lima. His company, Tresfor, is an attempt to remedy this situation. Recall in Barcelona last year one person described the Spanish technology scene as ‘behind’ (‘atrasado’). Walter characterized the Peruvian scene as, “behind… really behind people in other countries in Latin America like Argentina or Colombia”. Activity here tends to occur in isolated, scattered pockets around town. “We’ve got lots of people with ideas, projects, dreams. We just need to bring them together”.

Examples of Walter’s description jumped-out at me over the course of the subsequent month. Though there are some cryptocurrency-related companies operating in Peru, their headquarters tend to be based abroad. For instance, the most popular fiat-to-crypto exchange in Peru, Buda, is based in Chile. Of the projects I saw promoted, many are also based abroad, like NEM, which is domiciled in Singapore. One Uber driver, upon asking me what I was doing in town, and to which I mentioned ‘a project involving Bitcoin’, replied, “oh yeah Bitcoin – don’t mafiosos use it to buy illegal things?” Finally, at pub trivia one evening, one of the Peruvian members of our team explained that he had been mining cryptocurrency – and lost a substantial amount of money – earlier in the year. “There’s not really much cryptocurrency activity here”, he explained. “It’s still mostly a cash-based society.”

In spite of the superficial appearance of a lack of activity, under the surface a number of efforts are underway to shore-up the community. Even people within the Peruvian government are aware of this situation and are attempting to do something about it. Genner Tanalean is one such person. Genner is the President of Cluster Perú Digital, whose role is: “to strengthen the entire technology industry at a national level in Peru”. Supported by the Ministry of Production’s ‘National Innovation Program for Competitiveness and Productivity’ (Innóvate Perú), the agency’s goal is to develop innovation ‘ecosystems’ around certain digital technologies, of which blockchain is one such technology. “We want to be a relevant actor in the region in terms of companies and abilities related to blockchain, and this goes further than cryptocurrencies,” Genner explained.

The cluster organization provides a number of services through their ‘Digital Convergence Center’. “We provide the physical support that a digital ecosystem needs… [we provide] education, projects, coworking, ventures, financing”. Their hope is that by bringing different groups together, in this physical space, the local blockchain community will more easily reach a critical mass. “There are projects but they’re very dispersed. What we want to do is concentrate them and build-up their skills”. The pay-off from government initiatives such as this is thought to lie in greater financial inclusion. “If we manage to bring this knowledge and these capabilities together… it would help to eliminate the current financial service gaps that are due to banks either not providing services to us, or not being willing to provide these services.”

Beyond community development and education, Genner also explained that the Peruvian government is trying to use this technology in the provision of public services. “Everything that we’re doing around ‘digital government’, the whole platform is planned to use a blockchain”, he explained. With a large project budget, and borrowing ideas from a wider digital government trend in neighboring Latin American countries (e.g. Mexico, Chile), Peru’s government thinks there’s opportunities to use this technology to deliver better public services to Peruvians.

In spite of this flurry of internal activity within government agencies, there has been little in the way of legislative or regulatory changes to either accommodate or encourage the use of cryptocurrencies. “The part that makes me pessimistic is the legal issue, which… may be delayed a bit,” Genner conceded as our discussion came to a close.

In the weeks before Christmas, as the rest of the country was winding down for the holidays, around thirty people came together for the first Startup Blockchain Peru meetup. Co-organized and hosted at Cluster Perú Digital, as well as Walter’s Tresfor company, the event brought together people ranging from students to entrepreneurs, government officials and beyond. Opening the meeting, Walter stated the goal was to foster, “collaboration between different parts of the community… which could allow us to pursue successful projects together”. Attendees took turns introducing what work they are doing in the space or what projects they hoped to work on in the future. It was clear that each of these people, alone, would have trouble getting their ideas or companies off the ground. Together though, perhaps, they might have more success. At the conclusion of the meeting, participants were invited to sign a non-binding agreement intended to create an informal obligation to continue to collaborate as a part of the community. “This is the start of a lot of activities together and, for that reason, I bid you welcome and wish you all success”, Walter said as he closed the event. 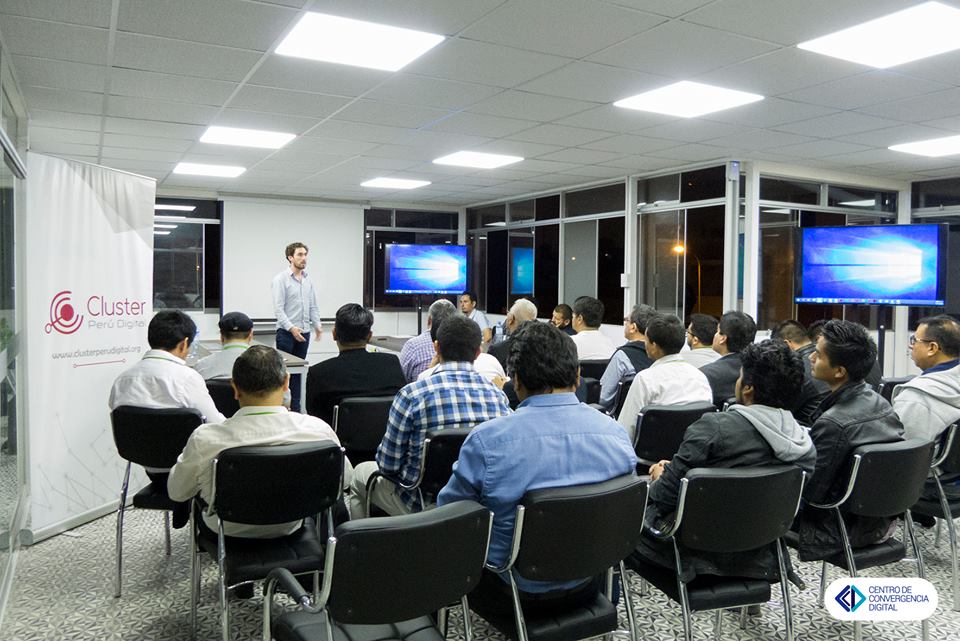 Tracking down a Bitcoin ATM

Wandering through a maze of seemingly identical stores within a tech shopping mall in the middle of Lima, I managed to find the Bitcoin ATM I had been searching for [a previous attempt had taken me a long way out of town… in the wrong direction]. Out of order for maintenance reasons, the situation presented a good opportunity to get in touch with the owner. 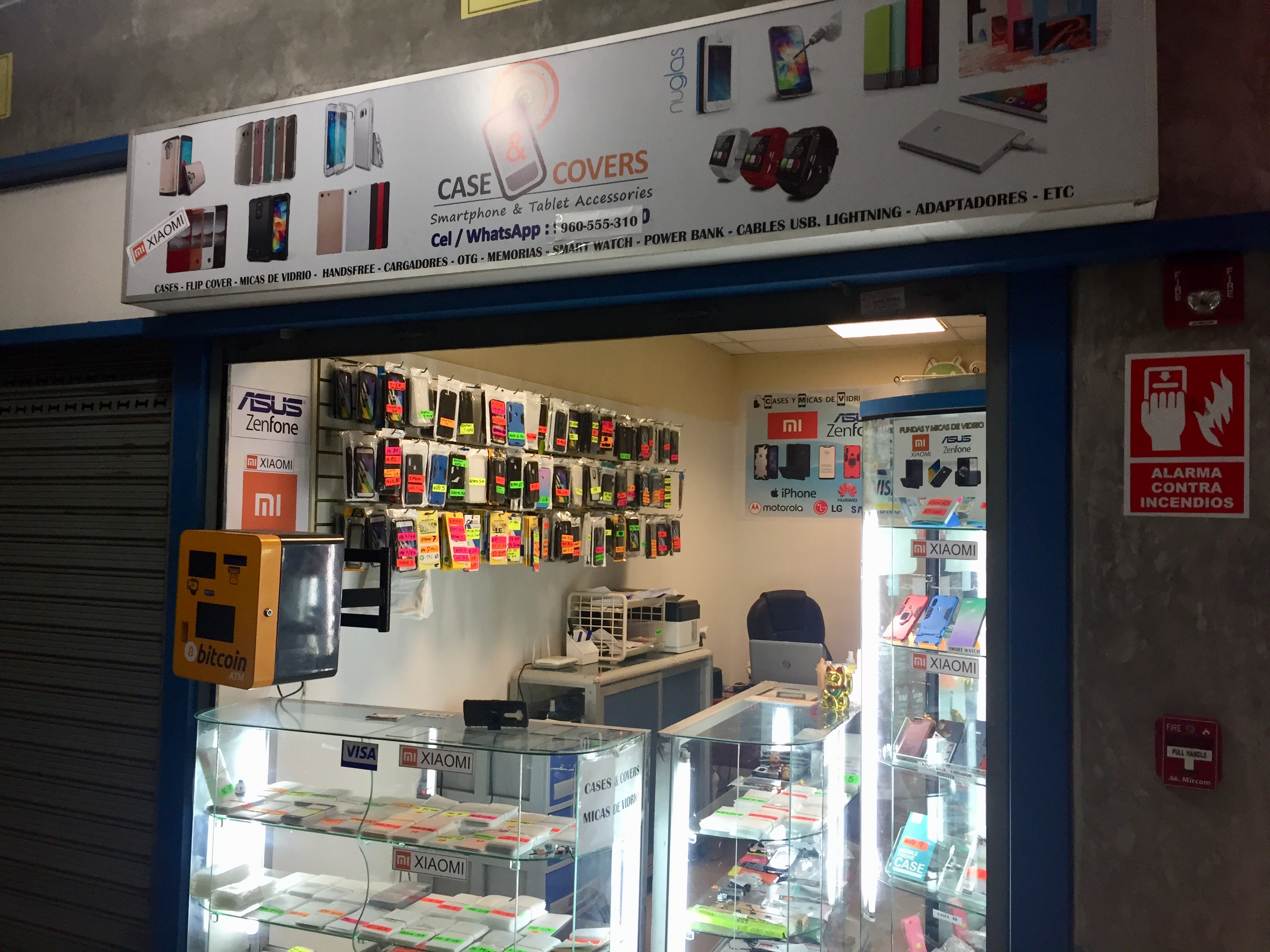 Chatting with me via email, Rudy Godoy Gullén of Cajero explained that years ago he noticed, “that most people, even tech-savvy ones, perceived Bitcoin as something ‘of the future’, not something present and concrete that can be used today”. Spotting an opportunity, he began working with ATM operators in Chile to bring greater access to Bitcoin to people in Lima. Now he’s, “mostly devoted to the ATM + over-the-counter (OTC) + payment processor business with Bitcoin”. Operating in Peru has not posed many problems so far. “There is no regulation with regards to crypto at all in Peru… [we] make sure people are aware that the Bitcoin ATM doesn’t have any relation with regular ATMs and the banking system”.

While still in a legal vacuum, Rudy essentially self-regulates his operations in order to minimize any legal risks to him or his business. “We have KYC/AML in place for the moment [to be ready] for whenever the government makes an official statement/law in this direction”. Speaking about what people in the broader community in Lima were doing, he explained that, “the local industry/community is mostly “blockchain” oriented, in the sense of IT services guys willing to expand their offering portfolio”.

Marco Esparza and Massimiliano Nicastro, the two founders ofBlockchain Life Solutions, are prime examples of this trend. Their book, ‘Blockchain for Life’, is a compendium of actual and possible use cases of how corporates in Peru might put blockchains to use.

Exchanging some messages with Marco, he explained the projects that they’re pursuing. One is called ‘Pisco Blockchain’ (Pisco is Peru’s trademark spirit), the ingredients for which, “at all stages are registered and certified in Blockchain.” Another is the Alpaca Blockchain, which provides traceability of, “Alpaca wool from the heights of Arequipa… [from when] the animal was raised, the vaccines it received, the feeding, the quality the process of fiber extraction, the quality of the spinning process until it becomes a final product such as a jacket, a sweater or an outfit.” The underlying rationale for these projects is the perceived need to combat counterfeiting.

Marco felt that the main obstacle to progress in this space had to do with people, not the technology. “General managers have begun to convince themselves that it is important to make a digital transformation… without knowing exactly what it is about”. Moreover, he thought that properly structured financing for new product or process development posed additional challenges. “This is a general problem throughout Latin America. That technological investments are not followed up properly, and therefore become bad investments in a short time.” 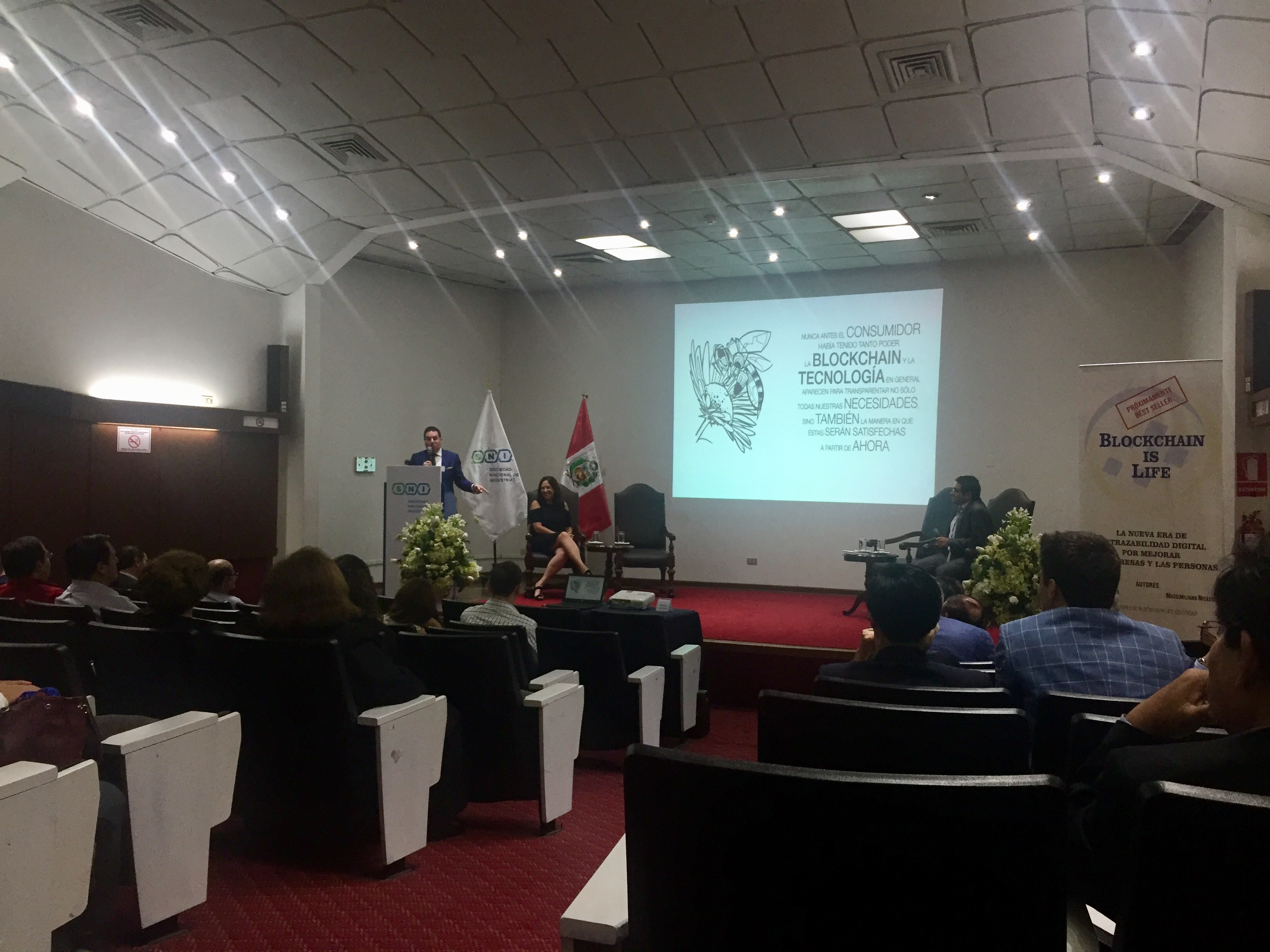 Getting off the ground

Of all the countries visited so far during this series, the scene in Lima is both the least developed but, at the same time, exhibits many promising signs. Instead of trying to constrict, or outright ban, cryptocurrency and blockchain activity, parts of the Peruvian government are taking proactive steps to develop technology ‘ecosystems’. Other parts are using public sector purchasing power to drive local technology demand. Not being first-movers means that people will hopefully be able to follow and replicate the successful use cases and examples set in regional neighbors like Argentina or Chile. It would be nice to return in a few years to see where the community goes – after all my signature is on the agreement to continue to collaborate as a part of the community. 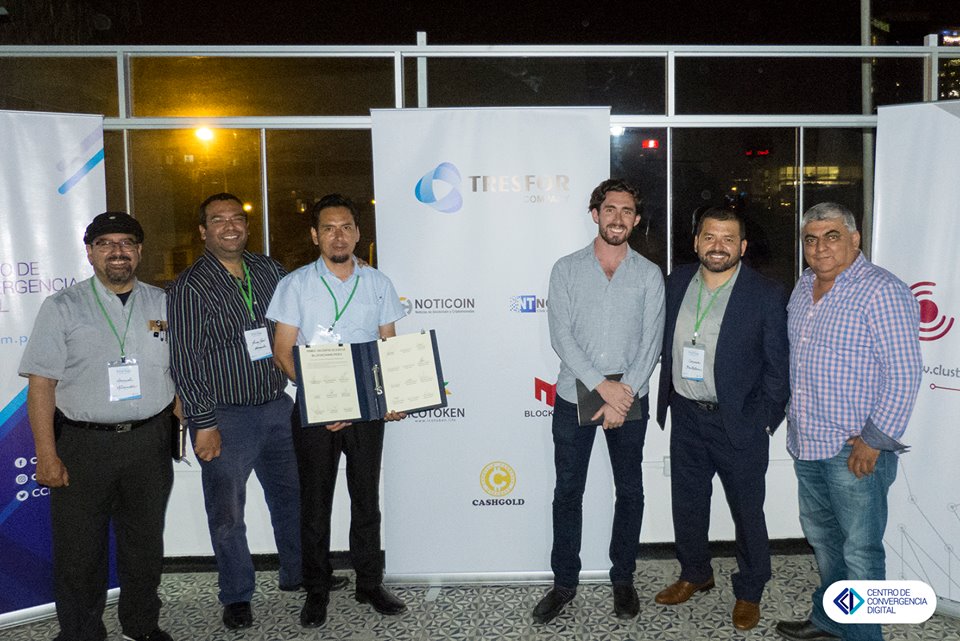