Crimes committed with Bitcoin are not beyond the law.

This week it was revealed that two federal agents who worked on the task force that investigated the Silk Road illicit drugs market have been charged with stealing bitcoins from the site. One of the most interesting aspects of this revelation is how federal investigators have been able to use Bitcoin’s public ledger (the blockchain) to easily trace bitcoins from Silk Road straight to the charged agents.

In the criminal complaint filed in federal court, IRS investigators show how bitcoins that originated from known Silk Road addresses found their way to one address belonging to the accused DEA agent, despite that agent’s seeming attempt to obfuscate the link by breaking up the bitcoins into many different transactions. A chart in the criminal complaint shows how relatively straight-forward it is to tie the agent to the Silk Road: 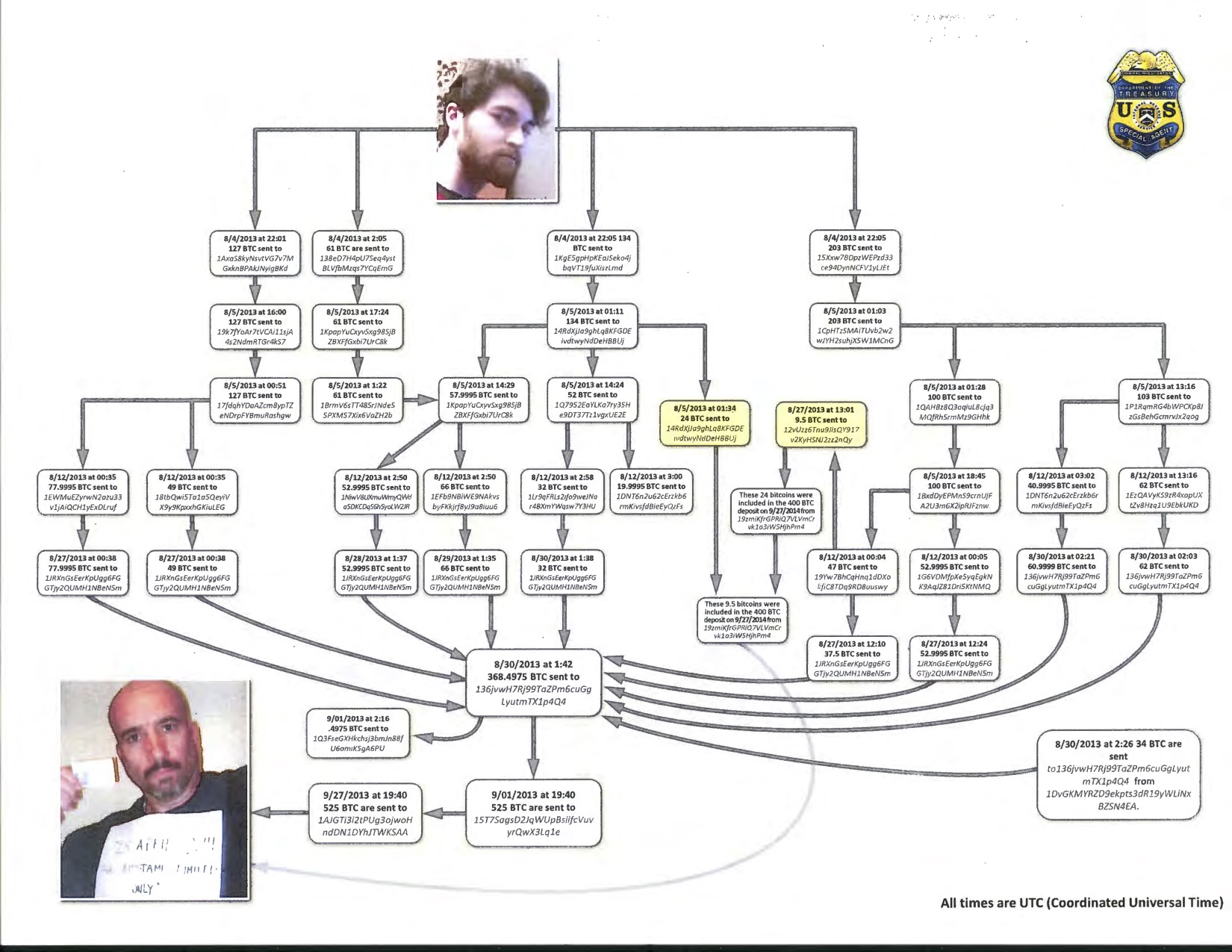 This should not come as a surprise. As we explain in our Backgrounder, How Anonymous is Bitcoin? A Backgrounder for Policymakers, “every transaction performed with bitcoin is visible on the distributed electronic public ledger known as the blockchain.” Given this traceability, investigators can easily “follow the money.”

The public ledger feature of the Bitcoin blockchain differentiates Bitcoin, and other decentralized digital currencies, from many of the centralized digital currencies, such as e-gold and Liberty Reserve. The blockchain makes it harder for criminals to hide their illicit activity. The work of researchers to link known transactions to individual identities reduces the attractiveness of Bitcoin for criminal activities. This research also provides an additional tool for law enforcement to identify illicit transactions, assets and the individuals associated with this activity in support of apprehension, asset forfeiture, and prosecution.

Of course, law enforcement, especially at state and local levels, will face a bit of a learning curve as they approach digital currencies and will also have to develop special tools to aid their investigations. But as this most recent case shows, Bitcoin, far from being a perfect tool for criminals, may actually be much more useful to law enforcement.