We briefed Congress on tracking illicit cryptocurrency use and moderated a convening on ICO regulatory uncertainty.

This was a big week for cryptocurrency in DC.

On Tuesday, members of Congress and over 50 representatives from the crypto industry convened at the Library of Congress for a roundtable entitled “Legislating Certainty for Cryptocurrencies.” The event was organized by Rep. Warren Davidson and also attended by Reps. Tom Emmer, Ted Budd, and Darren Soto. Coin Center executive director Jerry Brito moderated the event, and entrepreneurs voiced their concerns about the lack of clarity around when exactly a cryptocurrency token is or is not a security.

Following the roundtable, 14 members of Congress, led by Rep. Budd, sent a letter to SEC Chairman Jay Clayton echoing the concerns of cryptocurrency innovators and asking for more clarity around the regulatory treatment of these networks.

In another event in Congress on Wednesday, in conjunction with the the Congressional Blockchain Caucus, Coin Center put on a briefing about the tools law enforcement has to track illicit use of cryptocurrencies. Blockchain forensics company Elliptic presented how their product works with real-world examples of illicit funds being traced by law enforcement. Reps. Emmer and Schweikert also gave remarks highlighting the importance of getting the regulatory approach to these technologies right and preserving a fertile climate for innovators in America. 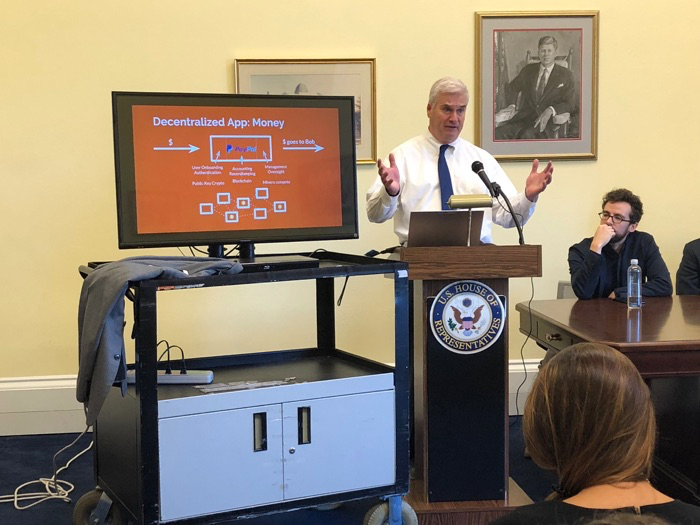 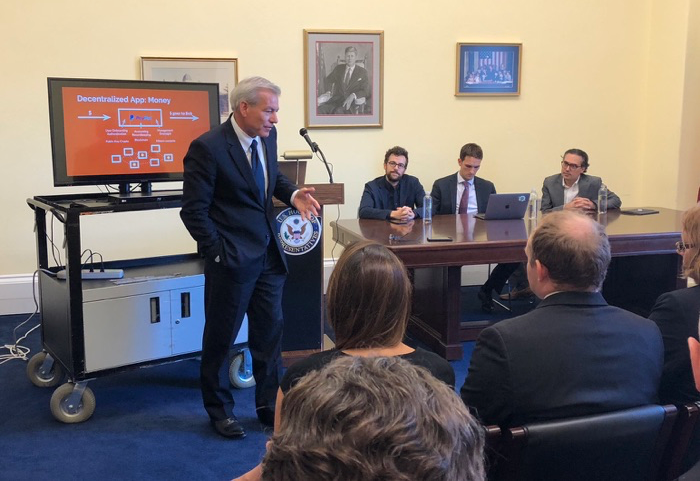