Join us in responding to an unfair and discriminatory midnight rulemaking

Today we are publishing our comment in Treasury’s midnight reporting and recordkeeping rulemaking. We’ve worked diligently to have this comment ready as soon as possible so that it can hopefully be a guide for other members of the community. To be clear, we are not publishing our comment early out of respect for the extraordinarily truncated 15-day comment period demanded by the Treasury; indeed the shortness of that period shows nothing but contempt and disregard for the opinions of the public. We are answering that contempt with speedy opposition, not with obedience. And we want you to join us in that response.

Our comment is divided into two parts; first, a discussion of the significant irregularities and deficiencies inherent in the rushed process that Treasury has chosen to implement these rules. That process is undemocratic, unaccountable, and unjustified by any actual urgency or legitimate public policy concern. Irrespective of the substance of the rule, the process of this rulemaking has fallen so short of longstanding administrative procedures and rulemaking norms that it will need to be challenged in court; consider our comment a starting guide for bringing that challenge.

The counterparty identification requirement is nakedly prejudicial to new technologies. Because compliance with the rule would often be impossible, it is, in effect, a “secret” and therefore undemocratic and extra-legal ban on certain types of otherwise innocent transactions. It will hamper law enforcement efforts to track illicit payments activity by pushing more users of the technology to self-custody their own cryptocurrency. Finally, it would mandate the unconstitutional, warrantless search and seizure of private information, and would obligate financial institutions to keep and report to government lists of persons engaged in the exercise of their First Amendment rights to assemble anonymously.

Send a message to Secretary Mnuchin

We believe that the visible contempt for public input exhibited by Treasury’s truncated notice and comment period warrants a strong public response. For that reason we are asking you, as an advocate for these technologies, to send a firm but respectful letter to Treasury Secretary Mnuchin. As we show in our comment, the abbreviated process has nothing to do with purported justifications (international affairs or tipping off criminals) and everything to do with the imminent end of the current presidential administration. As such, we invite you to send Secretary Mnuchin a letter asking him not to discriminate against cryptocurrency transactions and instead treat them no different than cash or checks. You can do so easily here.

Finally, as mentioned earlier, this rule will likely need to be challenged on procedural and constitutional grounds. As we explain in our comment, the proposed rule will force public advocacy organizations like Coin Center to change the way we solicit donations or else risk losing those donations. Starting today, we welcome your contributions to our self-custodied wallet address, here. 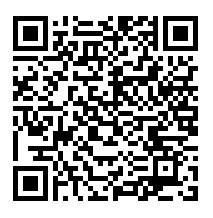 This is a pragmatic step we need to take to prevent our funding from being jeopardized, but it is also a gambit to ensure that our organization will have legal standing to challenge this rule if we need to.

Perhaps worse of all, this rule will obligate financial institutions to report the name of every customer who donates more than $10,000 in Bitcoin to our cause (and, indeed, to any cause). You have a constitutional right to stop that from happening; you have a right to anonymously assemble with us and advocate for good policy. As always, every contribution counts, but—due to this rule—donations larger than $10,000 from accounts at regulated financial institutions will be especially helpful if they are made if and when the rule is implemented. Be forewarned, your name will end up on a list; but that will also be exactly the sort of draconian result our constitutional system is designed to reject, and we will fight that fight.