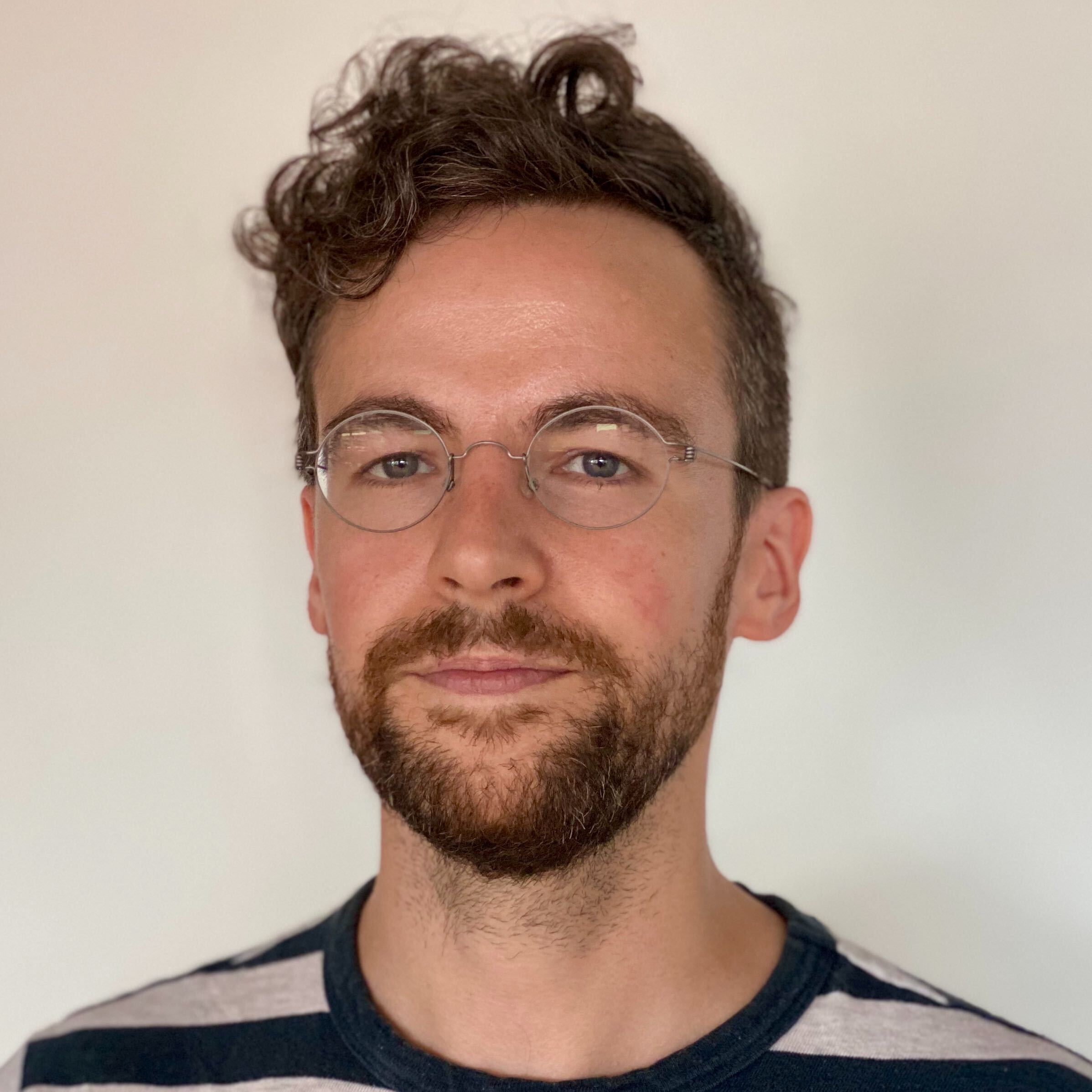 All articles by Peter

The Digital Asset Anti-Money Laundering Act is an opportunistic, unconstitutional assault on cryptocurrency self custody, developers, and node operators December 14, 2022

Analysis: What is and what is not a sanctionable entity in the Tornado Cash case August 15, 2022

Comments to the Department of Treasury Regarding Ensuring Responsible Development of Digital Assets August 3, 2022

A new Senate bill focuses on cryptocurrency exchanges. Here’s what developers and users should keep an eye on. August 3, 2022

Coin Center has filed a court challenge against the Treasury Dept. over unconstitutional financial surveillance June 11, 2022

A new SEC proposal has a serious change hidden within its complex language. April 14, 2022

Comments to the Securities Exchange Commission on Amendments Regarding the Definition of ‘Exchange’ and Alternative Trading Systems April 14, 2022

How policymakers should think about “staking” January 24, 2022

The long-awaited FATF crypto guidance is not as bad as it could have been, but still flawed October 28, 2021

Proposals for Clarifying Laws Around Cryptocurrency and Blockchain Technologies in Response to Requests for Feedback from Senator Pat Toomey September 28, 2021

An unworkable and arguably unconstitutional tax change tucked away in the infrastructure bill September 17, 2021

Comments to the Financial Action Task Force on the March 2021 Draft updated Guidance for a risk-based approach to virtual assets and VASPs April 20, 2021

Join us in responding to an unfair and discriminatory midnight rulemaking December 22, 2020

The Unintended(?) Consequences of the STABLE Act December 3, 2020

Comments to the Board of Governors of the Federal Reserve System and the Financial Crimes Enforcement Network on Changes to Threshold for “Travel Rule” Obligations October 29, 2020

There’s no such thing as a decentralized exchange October 3, 2020

Congress to IRS: Proof-Of-Stake block rewards should not be taxed as income August 4, 2020

Comments to the Office of the Comptroller of the Currency on National Bank and Federal Savings Association Digital Activities August 3, 2020

Do anti-encryption bills in Congress pose a risk to cryptocurrency? July 15, 2020

Without privacy, do we really want a digital dollar? April 30, 2020

How to trace a virus without surrendering our privacy April 8, 2020

A bill focused on stablecoins has been introduced in Congress December 2, 2019

The differences between Bitcoin and Libra should matter to policymakers July 8, 2019

The upcoming FATF interpretive note is not doomsday for cryptocurrency June 20, 2019

Comment to Her Majesty’s Treasury on Transposition of the Fifth Money Laundering Directive June 10, 2019

Comments to the Commodity Futures Trading Commission in Response to the Request for Input on Crypto-asset Mechanics and Markets February 11, 2019

What can the EtherDelta settlement tell us about how decentralized exchanges are regulated? November 8, 2018

Writing and publishing code alone cannot be a crime October 29, 2018

The Comptroller of the Currency is making the case for a Federal Fintech Charter, a welcome alternative to state-by-state licensing for cryptocurrency and other payments companies. September 18, 2018

The Federal Reserve of St. Louis has published an excellent paper on payment systems and privacy. August 30, 2018

An updated Framework for Securities Regulation of Cryptocurrencies August 10, 2018

What could “decentralization” mean in the context of the law? June 15, 2018

Principles for Clarifying SEC Jurisdiction over Cryptocurrencies and ICOs May 24, 2018

Why treating all tokens as securities would harm innovation May 23, 2018

Congressman Emmer stands up for cryptocurrency innovation and gets important regulatory clarification from the SEC. April 26, 2018

SEC’s Clayton: Use of a token can evolve toward or away from being a security April 12, 2018

Comments to the Commodity Futures Trading Commission on the Proposed Interpretation on Virtual Currency “Actual Delivery” in Retail Transactions March 20, 2018

Money Transmission Licensing is broken. Here’s how to fix it. February 6, 2018

Cryptocurrencies are far from unregulated February 5, 2018

The Need for a Federal Alternative to State Money Transmission Licensing January 30, 2018

How Bitcoin could drive the clean energy revolution. December 14, 2017

How do token sales fit with securities regulations? November 14, 2017

The SAFT is a reasonable approach to securities law when preselling useful network tokens October 2, 2017

A token airdrop may not spare you from securities regulation. September 20, 2017

The Uniform Law Commission Has Given States a Clear Path to Approach Bitcoin July 27, 2017

The SEC today has said that some tokens can be securities. July 25, 2017

The Bank Secrecy Act, Cryptocurrencies, and New Tokens: What is Known and What Remains Ambiguous May 20, 2017

Securities Laws Aren’t the Only Rules Token Sales Have to Consider May 20, 2017

Sixth Letter to the Uniform Law Commission May 4, 2017

The CSBS is suing the OCC to stop the new special purpose national bank charter for fintech firms. April 26, 2017

Comments to the Office of the Comptroller of the Currency on Exploring Special Purpose National Bank Charters for Fintech Companies April 14, 2017

Comments to the Office of the Comptroller of the Currency on Exploring Special Purpose National Bank Charters for Fintech Companies April 13, 2017

California is back at it; a new (old) virtual currency licensing bill is pending in the Assembly. April 12, 2017

Congress should create a blockchain technology safe harbor. Luckily they already figured it out in the ’90s. April 6, 2017

The OCC has just taken another step toward a national fintech charter. March 15, 2017

One of bitcoin’s best bets for sound regulation is about to wrap up. March 3, 2017

The hedge fund Numerai is going to issue its own cryptotoken, and this article nails the policy issues. February 21, 2017

Great news for bitcoin and other blockchain startups from Switzerland today. February 1, 2017

Things are looking up for Bitcoin’s biggest regulatory hurdle January 18, 2017

Comments to the Illinois Department of Financial and Professional Regulation in Support of the Proposed Digital Currency Regulatory Guidance January 18, 2017

“Blockchain technology” is a buzzword with little meaning. Here’s what matters. December 14, 2016

Open Matters: Why Permissionless Blockchains are Essential to the Future of the Internet December 14, 2016

Is your cryptotoken a security? This new tool will help you find out. December 7, 2016

The OCC has decided to pursue the federal fintech charter for which we have been advocating. December 2, 2016

Comments to the Office of the Comptroller of the Currency on Receiverships for Uninsured National Banks November 14, 2016

This OCC rulemaking could a make a big difference for digital currency exchanges. November 14, 2016

Law enforcement is learning about the benefits of open networks. September 6, 2016

Comments to the European Securities and Markets Authority on its Consultation on Distributed Ledger Technology Applied to Securities Markets September 2, 2016

Neither the CFTC nor multi-sig are to blame for the Bitfinex hack August 3, 2016

Patents for an open source project sound scary, but it makes sense. July 22, 2016

DAOs: the internet is weird again, and these are the regulatory issues June 2, 2016

Why we need a federal fintech charter June 1, 2016

Slides from Consensus Workshop: Regulating the Blockchain May 18, 2016

When does a company actually control customer bitcoins? March 24, 2016

Why Bitcoin is not the root cause of ransomware March 3, 2016

No, FinCEN Policy is not Relevant to the Bitcoin Forking Debate February 15, 2016

What are Forks, Alt-coins, Meta-coins, and Sidechains? December 8, 2015

Our thoughts on the BitLicense: California is Winning June 3, 2015

Wall Street is using Bitcoin, not just the blockchain. May 12, 2015

Bitcoin: Our Best Tool for Privacy and Identity on the Internet March 15, 2015

Bitcoin May Be What Gets Us Real Net Neutrality March 9, 2015

Steady Sentiment and the Problem of Scams February 24, 2015

Should You Trust This Secretive Chinese Bitcoin Mine? February 9, 2015

Reporting back from the Blockchain Workshops at MIT and Harvard January 21, 2015

Boston and the Blockchain this weekend; we’ll be there. January 15, 2015

Some perspective on Bitstamp January 8, 2015