We got a data dump of all the complaints about “virtual currency” filed with the CFPB.

Through a FOIA request, we learned that there are just a handful, even though the thousands of complaints the CFPB responded with left us scratching our heads at first.

This was thanks to a Freedom of Information Request filed by Muckrock News.

A first glance at the data left us scratching our heads. According to the CFPB response, there were a total of 5,177 complaints filed from 2011 to the end of 2015. Of those, the top ten companies complained about were: 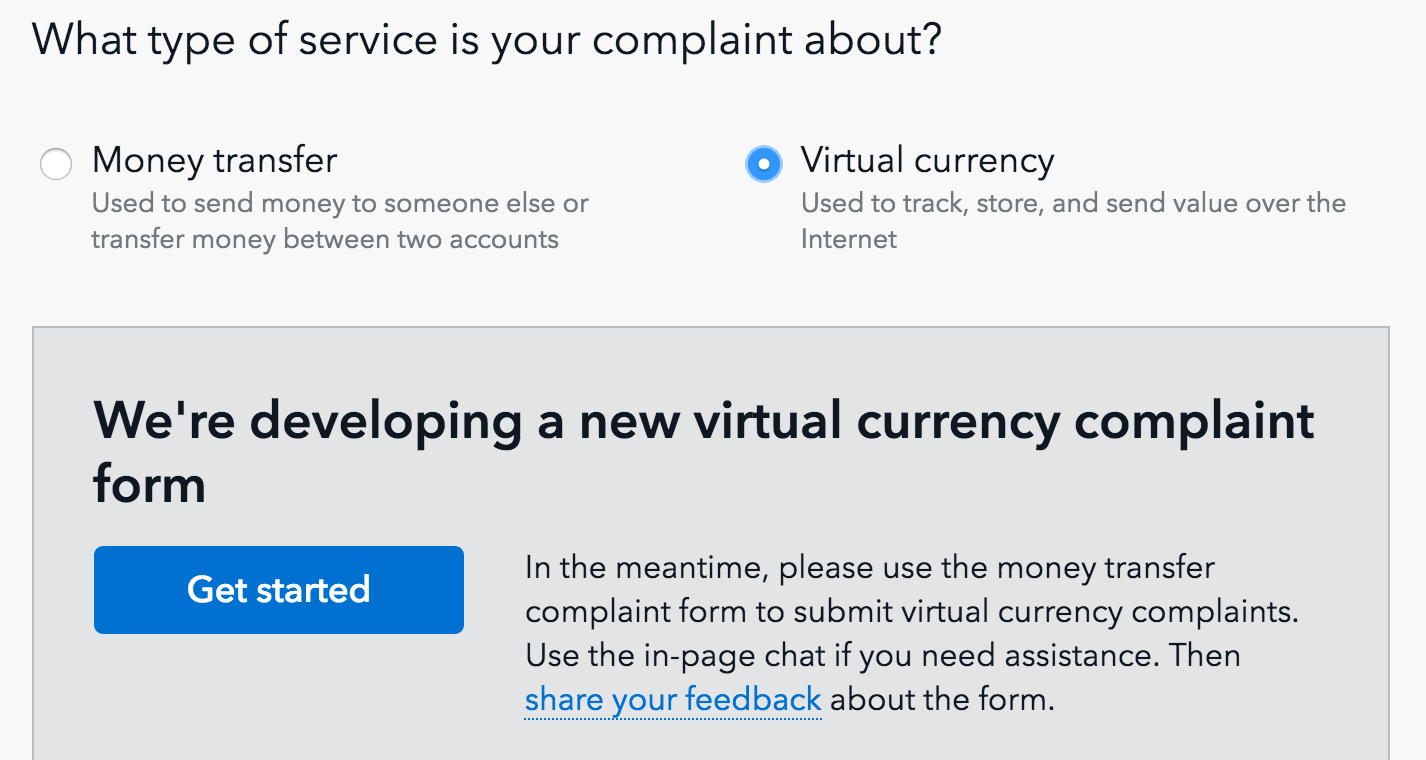 So, we went through the data, cleaned it up, and then marked all those firms that we could recognize as clearly related to digital currency. What we found is that there was only a grand total of 37 complaints against “virtual currency” companies over the five-year period.

Coinbase took pole position with 10 complaints, which makes sense given the large number of customers they have. “Bitcoin” itself had two complaints lodge against it. GAW Miners had four complaints, Bitcoin Trader three, and Butterfly Labs two. After those, the rest only had one complaint each, and they are as follows: Bitfinex, BitInstant, Bittrex, Blockchain, C-Cex.com, CampBx.com, CoinMX, igot, Local Bitcoins, minerslab, Moonasics, MtGox, PERBTC, Purse, and Terabox. Many of these will be recognizable as known scams, and we have previously explained why there are so many Bitcoin scams.

In August 2014 the CFPB announced that “consumers who encounter a problem with a virtual currency product or service can now submit a complaint with the Bureau.” No doubt the agency wanted to see how widely consumers were being affected by the risks it had previously identified with digital currency. It’s remarkable, then, that in five years of data there have been so few complaints, and that so many of the products and services in the space are completely absent. Let’s keep it up.